Not long after Paula Dance was elected as the first African-American woman sheriff of Pitt County, CareNet Eastern Region Director Janie Taylor invited her to a potluck lunch with staff. 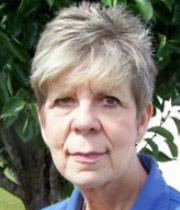 Taylor knew that one of Dance’s campaign issues was seeking to improve the mental health of men and women incarcerated in the Pitt County Detention Center. From that initial meeting, the idea grew to make CareNet therapists available to men and women in hopes of giving them support and direction in preparation for release so that they might avoid the habits that resulted in their earlier arrests.

Taylor says the concept of working with these men and women—many of whom have co-morbidities such as alcohol or substance use—connected with her.

“We’re talking about people who are often discarded,” she says. “And when we do for them, we’re operating in that place of service.

“I think it’s tremendously important for us not to lose site that each of us at any point in time could face an issue.” 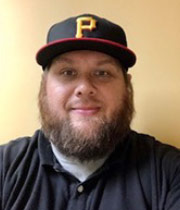 Ryan Watlington, LMFT, has counseled men in the detention center since 2020. It’s work he says appeals to him.

“When I finished grad school in Tennessee, I went to work at a behavioral health clinic that did medical-assisted treatment. So I was very familiar with opiate use, and once I started hearing stories of how guys found themselves in those situations, I realized they were not all that different from anyone else who is just trying to figure out life and a way to survive,” Watlington says.

“And I learned how high the rate there is between people who use substances and people who have experienced trauma,” he says. “I knew this was a population of people who are longing to be loved and accepted just like the rest of us, often find a harder time feeling that.”

Working with those incarcerated, he says, allows him to “offer them hope of life being different by choosing to find better coping skills, by increasing their support systems and dealing with their trauma in a healthier manner.”

Watlington says it can be challenging because he never knows how long he’ll be able to work with men in the detention center before their release; the ones he works with are typically facing trial. It’s also a challenge, he says, to encourage them to stay involved in seeking support “on the other side of the jail.”

“We’re all longing for the same thing,” Watlington says. “We just need to reconnect with our innate goodness, heal from our past experiences and develop healthy coping skills to be able to live into our values and be the best version of ourselves.”

Taylor says she is hopeful that CareNet East can continue not just working with the detention center, but community organizations that reach people when they are back in the community and still need support. Providing this type of outreach is sacred, Taylor says.

“Quite honestly,” she says, “I think it’s some of the best work we do.”