Division of FaithHealth News: Easing the Journey to Health

For this edition of Shared Wisdom, we take a look at how CareNet is part of the larger Division of FaithHealth Ministries within Atrium Health Wake Forest Baptist, as well as the overall work of the division and its mix of helping services. 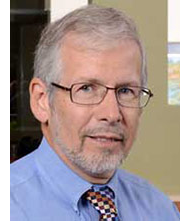 The Division of FaithHealth Ministries earned its current name with the arrival of Dr. Gary Gunderson as its vice president in 2012. Gunderson brought with him the sensibility—and a plan—to recognize the essential role traditional, hospital-based pastoral care services could bring to helping people after they were released from hospital care. The goal was not only to reduce readmissions, which are costly to the medical system, but more importantly, to reach largely vulnerable populations by offering healing and preventive services.

Over time, the tenets of this plan were infused throughout the division. Where Wake Forest Baptist’s former Division of Faith and Health Ministries had four primary units, Gunderson created a fifth, which became a foundation for the division. FaithHealth continues and broadens work Gunderson led during his years at Methodist Le Bonheur Healthcare in Memphis. The “Memphis model,” redefined and expanded in North Carolina, eases the journey to health and healing for people and the communities in which they live by connecting the caring strengths of congregations, the clinical expertise of providers and a variety of community resources.

Among this unit’s key contributors are FaithHealth Community Health Workers, staff members who work in under-served areas of Winston-Salem and surrounding communities in collaboration with community-based agencies to connect patients with vital medical and nonmedical resources. FaithHealth Connectors are part-time employees in different regions who perform a variety of services, including hands-on caregiving such as delivering meals, and recruiting and training volunteers.

FaithHealth also engages congregations in the role of caregiving and capacity building, has FaithHealth Fellows and Faith Community Nurses who serve to function like an organic social immune system during times of crisis (notably during the COVID-19 pandemic) and quick response teams that visit overdose victims during their “recovery window” to check in, share resources and ask “Are you ready to enter a program?”

CareNet is one of the division’s other four units, offering spiritually integrated care with a trauma focus and the mission to allow therapists to see people regardless of their ability to pay.

The other units within the division are: