Cindy Stubblefield has spent her 20 years in Winston-Salem working for different organizations as a fundraiser. Some might think that’s a tough job, spending years asking folks for money. 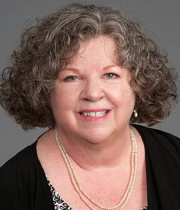 “It’s not about ‘How much money can be bring in?’” she says. “It’s an opportunity to help people gain passion and joy by changing their community. When you approach it that way, it’s much more delightful for everybody involved.”

That’s the philosophy Stubblefield offers as she steps into a new role in development for CareNet and the Division of FaithHealth for Atrium Health Wake Forest Baptist.

CareNet President Bryan Hatcher says it’s an attitude needed in an era that seen drops in donations to many non-profits, including CareNet, by major benefactors.

“The pandemic forced many traditional faith-based benefactors into new patterns, and that’s led us to consider different ways of generating what we need to grow as an organization,” Hatcher says. “Cindy’s approach and attitude are such a major plus, as is her experience in this community, that we’re confident she’ll help CareNet continue to grow.”

Stubblefield’s years in Winston-Salem have been spent with several different organizations, including AIDS Care Service, where she was a volunteer coordinator and then development director, followed by fundraising positions with Salem Academy and College, Second Harvest Food Bank, the Girl Scouts and Leadership Winston-Salem.

While serving with the latter, she was invited to join the board of directors for CareNet’s Piedmont Triad office, where she became familiar with the work of the organization. When she heard that Atrium Health Wake Forest Baptist’s Philanthropy unit was creating a major gifts position to serve CareNet and the Division of FaithHealth, she was drawn to it.

“It was an opportunity to move to a larger organization, especially because it was a chance to work in some faith-based communities,” she says. “Coming to work for the largest employer in the Triad and state is really going to be both fun and a meaningful challenge.”