Laneita Williamson has endured “big T” and “little t” trauma in her life. She became a student of trauma in her 20-plus years of life as a nurse.

Now Williamson, RN, is bringing her expertise as a “sur-thriver” to a new role and title at CareNet—Trauma-informed Care Manager. 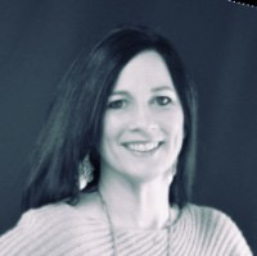 After eight years of creating a curriculum and doing trauma education throughout WFBMC in different clinical operations, Williamson will work to instill a trauma-informed approach through all aspects of CareNet operations, from intake through termination. At the same time, she’ll be broadening the work she has been doing by taking it system-wide for Atrium Health.

“Our big-picture goal is bringing awareness,” Williamson says. “Once we realize how trauma impacts the trajectory of a patient, the next step would be to respond to that and to create treatment plans that are individualized and look at the whole person. The hope is that we will minimize re-traumatizing the patient and improve their outcome, as well as decrease the stress burden on providers, and the frustration.”

Williamson’s arrival at CareNet was a natural. When CareNet President Bryan Hatcher began work on his doctorate several years ago, the very first clinical research article he found had been written by Williamson and focused on a trauma-informed approach to care for nurses. Williamson notes that one of the ideas behind trauma-informed care is focusing not on “what’s wrong with a client,” but rather “what happened to that client.”

When he announced last year that CareNet would act to become a fully trauma-informed organization, Hatcher noted that “all of our policy processes need to be reviewed through this trauma-informed lens.”

A hallmark of such an approach will be training, not just for therapists (many of whom have been through CareNet’s two-year resident in psychotherapy and spirituality, which has a trauma focus), but for all employees, from administrative to billing to clinical.

Williamson says training will build off what she has already accomplished during her time with clinical staff in the medical center, which includes training at orientation for nurses on trauma-informed care. She said there are two key aspects in general to training in becoming trauma-informed. One part focuses on trauma and “adverse childhood experiences,” or ACES; the other is about building resiliency skills, some of which is based on community resiliency models being taught around the country and some of which is focused within health-care settings.

Williamson gave an example from her medical center training of how someone with trauma in their past can be affected in present day.

“Let’s say a doctor has ordered a phlebotomy (blood) test for a female patient, and the phlebotomist who comes into her room in the middle of the night to get the sample is a male,” she says. “The patient is in bed with a gown on, waking at 2 or 3 in the morning and sees a male standing over her with his hand on her wrist.

“He did everything right, but it triggered her, and she became unable to participate in any further treatment of her care.”

That’s why history taking is such an important part of intake, regardless of whether it is a medical or behavioral health setting, Williamson says.

She notes that failure to take a trauma-informed approach can negatively affect a health care organization.

“If you are someone already hesitant to walk into a facility because of systemic fears, traumas in your life, and you’re not given eye contact and a welcoming smile, it’s going to cause you to not get treatment.

“Ultimately, those who delay wind up in emergency settings and we’re behind the curve. We want to give everybody a good opportunity to come in.”